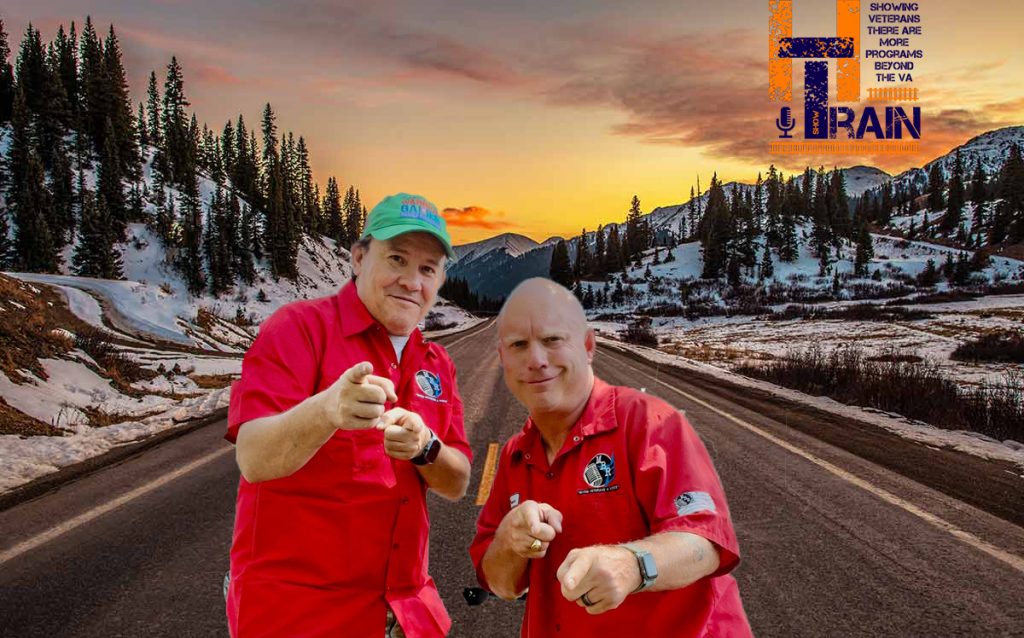 DENVER, CO – After suffering a traumatic brain injury and leg paralyzation while serving in Baqubah, Iraq, Joel Hunt has beat the odds by competing as a Paralympian skier in the 2014 Paralympics in Sochi, Russia. Hunt was the first to compete in the Paralympics with his aforementioned brain injury. He is now the host of The H-Train Show, a podcast devoted to sharing veterans’ stories. Hunt volunteers his time for this podcast to give back to his fellow veterans.

The H-Train Show is broadcast on Military Broadcast Radio, which prides itself on being “radio with a “Giving Veterans a Voice”. The show features interviews with veterans, those involved with veteran assistance, as well as notable public figures. Hunt’s intent with the podcast is to see veterans get recognition and inform them of programs in addition to Veterans Affairs.

Hunt joined the Army in 1998 and was injured during his third deployment in Iraq and had to return home to the care of his parents. He soon learned how to continue life in a wheelchair. His parents urged him to attend a military ski camp in 2008 which tested his strength and tenacity. He became nationally ranked by the 2009-2010 ski season, leading him to the Canadian nationals, where he qualified for the World Cup and Paralympics in Sochi, Russia. Following his participation in Russia in 2014, Hunt retired from skiing and began volunteering full-time with his radio show.

Hunt was born and raised in Kokomo, Indiana, and is now recognized as the first Paralympian from his hometown. He has gained recognition for his athletic talent across the nation. He resides in Denver, Colorado, with his loving and supportive wife, Kassie Hunt.

Hunt has appeared in USA Today, CBS Local, and The Hollywood Reporter. He is dedicated to sharing his story to provide a voice for injured veterans and teach others that tough times don’t last, but tough people do. To interview Hunt on his story or about his podcast, please reach out to the PR contact above for arrangements.

Littleton Co-Before getting involved in the Paralympic Movement, Jonathan Lujan served in the Marine Corps for more than eight and a half years, initially from 1993-97 and again after September 11, 2001, attacks from 2001-2006. During a mission in Iraq in 2003, Lujan ruptured two discs in his back. The surgery to repair the discs in 2005 damaged Lujan’s spinal cord, causing temporary loss of feeling and movement below his waist. Though he can walk, he has permanent nerve damage and paralysis in his lower legs that restrict his movement and have left him with no feeling below his knees.

Lujan turned to ski racing in 2008 when fellow wounded veteran Nick Orchowiski recommended the National Disabled Veterans Winter Sports Clinic (NDVWSC) based in Snowmass Village, Colo. Lujan progressed quickly, joining the Aspen Valley Ski and Snowboard Club in the spring of 2011 as part of the U.S. Paralympic Developmental Program. By July 2012, he had made the U.S. Paralympics Alpine Skiing National B Team roster.

Lujan served as the flag bearer for Team USA at the Opening Ceremony of the Sochi 2014 Paralympic Winter Games. He also serves as a role model for future Paralympians, children with disabilities, and injured servicemen and women as a Paralympic Ambassador. In addition, he remains a mentor for veterans currently training at the NDVWSC.

Lujan is a Littleton, Colo., native and a graduate of Chatfield Senior High School, where he was on the football, wrestling, and track teams. Though he did not ski competitively until after his injury, Lujan has been an avid skier since childhood and has spent many of his winters on the mountain in Winter Park, Colo.

Johnny Volcano and H-Train Have been best friends since 2009. He was H’s Best Man, and they motivated each other to go to Sochi, Russia 2014.. Joel, “If it weren’t for Jon. I would not be here because he has helped me thru my past relationships, Family Deaths, and a huge reason I dint give up and went to Sochi for my mother”,, Now we’re back and motivated in making a bigger impact for Veterans. And did we mention Brandon Stokley is a part of that team?

Train of Life
By Jean d’Ormesson

At birth, we boarded the train of life and met our parents,
and we believed they would always travel by our side.
However, at some stations, our parents would step down from the train,
leaving us on life’s journey alone.

As time goes by, some significant people will board the train:
Siblings, other children, friends, and even the love of our life.

Many will step down and leave a permanent vacuum.
Others will go so unnoticed that we won’t realize they have vacated their seats!
This train ride has been a mixture of joy, sorrow, fantasy,
expectations, hellos, goodbyes, and farewells.

A successful journey consists of having a good relationship with all passengers,
requiring that we give the best of ourselves.
The mystery that prevails is that we do not know at
which station we will step down.
Thus, we must try to travel along the track of life in the best possible way –
loving, forgiving, giving, and sharing.

When the time comes for us to step down and leave our seats empty –
we should leave behind beautiful memories for
those who continue to travel on the train of life. Remember to thank our Creator
for giving us life to participate in this journey.
I close by thanking you for
being one of the passengers on my train!