Helping a Veteran is easier than ever Now!!!!

My name is Joel Hunt. I run a nonprofit with my wife Kassie Hunt along with my US Paralympic Partner. This is my outlet for the injuries that I suffered in Iraq. Since I started using your product. I use your product as a teaching aid on how to conduct Radio Shows Video and audio. I also created a platform for all Military and First responders to be able to use. I am a Colorado Media School Graduate. I wanted to offer you a partnership.

This Is The Veterans Platform

Check out our great sponsors!

MBR Thanks you for your support!

When you support these businesses. It helps us to continue our Mission tell them you heard of them thru MBR. Click on their picture to check out their website. And remember with your help Were Giving Veterans a Voice!!

And Were Super Excited about our new 2023 Sponsors Are you having trouble finding a mechanic that understands your motorcycle? Don’t trust just any auto shop with your bike. Specializing in motorcycle repairs, Colorado Moto Service offers reliable motorcycle repair and maintenance. Clients across Denver, CO, and the surrounding area will enjoy prompt and professional services at competitive prices. These professionals will put their 20 years of field experience to work for you.

From routine upgrades to racing applications, this family-owned and operated auto shop will tackle a wide range of repair and installation jobs. Talented mechanics service an array of makes and models, including dirt, street, cruisers, and adventure bikes. They work hard to keep clients cruising down the highway and kicking up dirt on off-road trails. They are also the only Authorized URAL Service Station in the Denver area.

Staying updated on the latest innovations and products on the market, the team at Colorado Moto Service will properly install engines, brakes, and transmissions. Certified and factory-trained technicians take pride in upgrading motorcycles with custom exhaust systems, durable shock absorbers, and dependable brakes. They also mount and balance wheels, as well as inspect and repair drivetrains.

This Better Business Bureau®-accredited auto shop builds lasting relationships with clients through honest pricing, personalized solutions, and a commitment to integrity. Friendly staff members respond to your questions and concerns, offering in-depth advice and a variety of recommendations. Ask them about 40-point inspections on new purchases, which include on-site services.

When selecting a mechanic to handle your motorcycle repairs and upgrades, turn to the experts at Colorado Moto Service. Call them today at (303) 872-0284 or visit them online for more information. 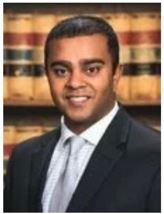 I am proud to serve our nation’s workers who have given their time and energy to make America a better place. I currently practice law in Moscow, Idaho. I have many clients ranging from retired military/veterans to injured railroad workers. I have represented clients in front of the Department of Veterans Affairs and Railroad Retirement Board. I am a firm believer that if you get hurt while serving this country, then you are entitled to compensatory damages for your work-related injuries. Unfortunately, sometimes the United States Government does not like to pay its workers, military, and veterans. In my six months of practice, I have recovered more than 2 million dollars in pension retirement benefits for my clients throughout the US.

MOSCOW, Idaho (Tribune News Service) — When Michael S. Wells joined the U.S. Army immediately after graduating from Colville High School in Colville, Wash., in 2004, he didn’t know what he was getting into.

“I had an idea that I was going to go to war, but I had no idea that I would be in actual intense, fierce combat,” Wells said.

Instead, on April 20, 2008, Wells and his platoon found themselves in a deadly firefight in Sadr City, Iraq, in which Wells managed to kill enemy combatants and allow his platoon to continue its mission.

Wells will receive from U.S. Sen. Mike Crapo a long-awaited Bronze Star for, in the words of an Army official, the “quick decisions, courage and superb marksmanship (that) ensured mission accomplishment and protection of his comrades during fierce and intense fighting.”

The awards ceremony is at 6 p.m. Friday at the Best Western Plus University Inn in Moscow, Idaho, and will be held in conjunction with a campaign event for Crapo.

Wells, 36, served two tours in Iraq and was wounded and awarded a Purple Heart during his first 12-month tour.

During the second, 15-month tour, Wells was making three patrols a day in an M2A2 Bradley Fighting Vehicle.

“When we deployed that day … our job as combat engineers was to clear the route for the U.S. Navy Seals team in Mission Operation Gold Wall,” Wells said.

“My job was to eliminate (improvised explosive devices) with my 25 mm guns,” he said.

As Wells approached a concrete wall, he spotted an IED mounted on the wall, capable of destroying his vehicle.

“I was able to neutralize the IED trigger man,” Wells said. “I killed him.”

A short time later, another enemy combatant was located at a nearby building with another explosive device that was made to penetrate military vehicles and armored tankers.

Wells said he killed that enemy combatant, too.

Those moves, he said, allowed his comrades to continue with their mission.

“Later that afternoon, my platoon was engaged in a three-hour firefight,” Wells said. “I was able to neutralize more than a dozen al-Qaeda fighters who maneuvered around the city blocks on rooftops.”

During this time, the enemy was engaged in small arms fire, rocket-propelled grenades, and multiple explosive projectiles. As the enemy tried to inflict multiple casualties on the platoon, Wells laid down suppressive machine gun fire from his Bradley fighting vehicle that allowed the medics to treat wounded members of his platoon.

Although the situation was frightening, Wells said the emotional fallout didn’t hit him until much later.

“I’m not gonna lie — I was scared but I didn’t have time to be scared. The only thing I could think about was my comrades and to act to the best ability for myself and them.

“Afterward, I didn’t have time to grieve and the guilt of my fallen comrades didn’t come to me until I returned from Iraq.”

When he arrived home, he enrolled at the University of Idaho and eventually obtained a law school degree. After graduating in 2017, Wells went into private practice and is dedicating his professional career to helping other veterans.

Most of his clients, he said, are Vietnam-era veterans — some of whom saw the worst fighting of that war and were exposed to chemical weapons such as Agent Orange.

“These guys were treated badly by the U.S. government,” Wells said. “My job is to try to get them service-connected (for effects) they have suffered their whole lives and help other vets in the area.

“My goal is to help out as many guys as I can, even though it’s almost too late (for some of them). And that is sad,” Well said.

“One commonality between vets … it’s camaraderie. War is something that, when we come back from war changes all of us, whether we like it or not. (Veterans) are just a group that, we’ve been through the same experiences, and suffered the same thing, whether we like it or not. I think more veterans in the area need to know there are resources and I’m available to help them.”

Wells is married and has two young daughters.