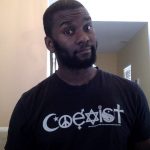 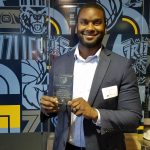 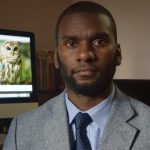 The Startup Life is a show for entrepreneurs wanting to grow their business and career-minded professionals looking to scale the corporate ladder. Get ready to receive major value as host Dominic Lawson interviews the best business minds in the world. Marc Randolph (Co-Founder of Netlfix), Tom Golisano (Founder of Paychex), and many others who have been featured in many publications from Entrepreneur, Inc Magazine, Forbes, Fast Company, and more. So if you have an idea, be about that life…The Startup Life!

“I am dedicated to empowering people in an effort to move society forward,” said Dominic.

Dominic is a native of Memphis, TN. He is a graduate of Westwood High School and began his professional career at Regions Bank. After a year in banking, he went on to serve in the Army. After his service, he returned to banking and pursued a Bachelors’ Degree in Business Administration at National American University.

In 2014, he cofounded an educational consulting firm, OWLS, LLC, with his wife, Kenda Lawson. At Owls, he serves as its COO as they create curriculum and provide professional development to schools, school districts, nonprofits, and corporations.

Since 2016, Dominic has been the host of The Startup Life Podcast, giving his audience the edge it needs in building their businesses and climbing the corporate ladder. Dominic is also the current board president of the non-profit Hot Foot Honey’s, Memphis’ first and only tap dance company.

Learn more about this informative program and its dynamic host!