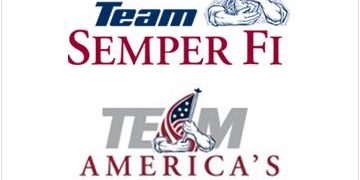 Today H-Train starts out the show broadcasting from The Rail head Station
Studios. We open the show up by talking about some announcements. We talk to retired US National team Paralympic Athlete and Marine Jon Lujan the spokesperson for Team Semper Fi fund on what they are currently doing for our Veterans and sheds light on a new program they are branching out to all Branches of the Military now. Listen to that interview HERE!

2 min warning brought to you by Common Ground
golf course: Ive learned this week that it seems to me that non visual injuries compared to visual injuries need more help. Is it because of society where we don know who we can trust? Is it because of Nonprofits cause their worried where there next pay check is coming from. Im not saying that theres more suicides from non visual compared to visual. Im just saying a amputee vs a service member who looks normal its easier to get help. I mean i don’t see many young amps that served on the side of the road with a sign. Do you disagree with me let me hear you. But i think we can prevent suicides by giving Veterans something to look fwd to instead of them thinking about what theyre going thru.